While her family and friends are sweating through a record-breaking hot summer back in Canberra, Geoscience Australia marine geoscientist Dr Alix Post is wearing thermal underwear, woolly socks and insulated overalls to keep warm in Antarctica’s sub-zero temperatures.

Alix is one of 60 people on board the scientific research vessel, the Nathanial B. Palmer on a voyage funded by the U.S. National Science Foundation. They set off from Hobart on 29 January 2014, cruising south to collect data and samples to better understanding the modern processes and glacial history of the Totten Glacier, east Antarctica.

“We’re collecting data in an area that’s never been properly explored. Only one other ship has briefly been even close to this area before, to shoot a single seismic line back in the 1980s,” says Alix. 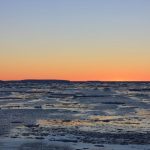 Sunset over the ice, East Antarctica (Pic by Alix Post) 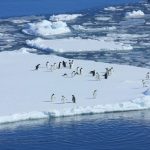 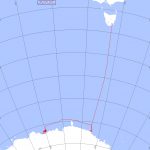 I spoke with Alix via email about halfway through the 45-day voyage to catch a glimpse into the life of a research scientist on board an Antarctic research vessel.

Read the rest of the interview with Alix in Antarctica, published on the RiAus blog on 13 March 2014.

What is is like to live and work on #Antarctica? @resourceswriter talks to Alix about being an #Antarctic #scientist http://t.co/QgtTVimP41