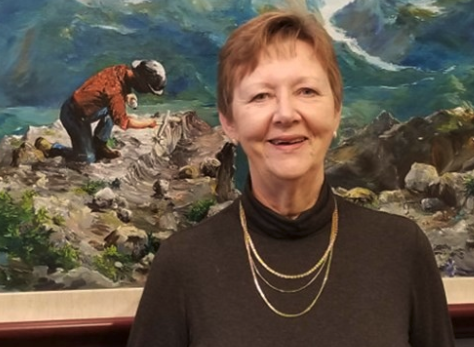 Over a decades-long career, Barbara Caelles advocated for gender equity and developed strong networks for women in British Columbia’s mining industry. Part of our We Are Mining series

As a young exploration geologist in 1970, Barbara Caelles walked out on her first job when her manager told her there were simply “no facilities” to send a woman out in the field, as she had been promised a year earlier.

“I stood up and said, ‘Well, thank you. I don’t want an office job,’ and walked out,” Caelles recalled. “It was a catch-22. We all felt that you couldn’t be a geologist unless you had field experience, but fieldwork for women was more difficult to find. [Men] had no problems finding it.”

She was able to find another job the same day with a company that sent her to California where she began to build her field experience. She returned to Vancouver and spent the next decade as one of only a handful of women field geologists. She worked on a number of large field programs, including Hackett River and the Back River area in Nunavut, and numerous projects throughout British Columbia and the Northwest Territories. She also wrote and co-authored several scientific papers.